Set up in 1936 as India’s first national park, Corbett National Park was first established in consultation with great hunter turned conservationist, Jim Corbett. The park covers an area of more than 900 sq kms, and is one of the most picturesque parks in India being situated on the Ramganga River at the point where the Himalayan Foothills begin to rise out of the plains. The vegetation is mixed grassland and dense sal forest, giving a variety of habitats. You can observe Chital (spotted deer), Sambar, Common Black-faced Langur, Asian Elephants and perhaps the elusive Royal Bengal Tiger. Corbet is also highly regarded as a paradise for ornithologists with over 320 species. It is one of the few parks in which certain zones remain open throughout the year, enabling year-round safaris.

Experiences In And Around Corbett National Park 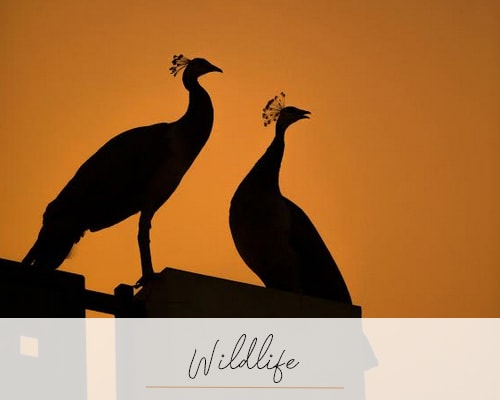